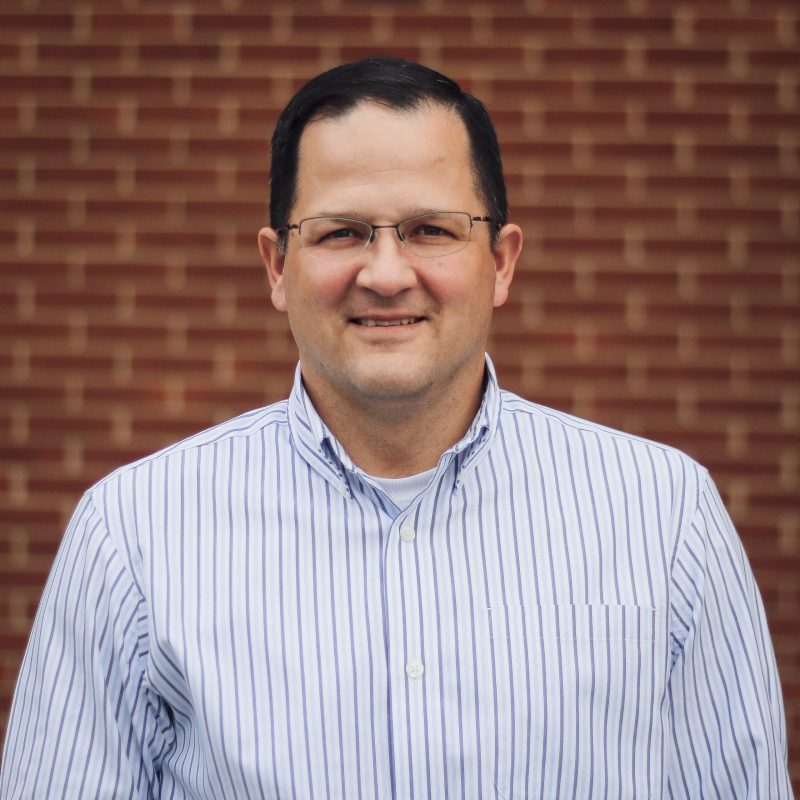 Todd Fluegge was born into a family dedicated to serving the Lord in ministry. As a very young boy, Todd made a profession of faith and was led in prayer by his mother. As the years moved on, doubts began to spring up as awareness of sin settled in and Todd began to understand he was in desperate need of a Savior. At the approximate age of nine, Todd came to the Lord in repentance and faith and trusted Christ as the singular author of salvation and eternal life.

Never really desiring to do anything more than raising a family for the glory of the Lord, Todd enlisted in the Air Force at the age of 21, was stationed in Dayton, Ohio, and eventually met Jennifer at a nearby local church. Todd and Jennifer were married in 1997 and have been abundantly blessed by God with four children: Shannon, Heather, Connor, and Kristen.

Todd and Jennifer began attending Grace Baptist Church of Middletown, Ohio in the fall of 1997. After working at a local phone company for thirteen years and as a communications contractor for five years, the Lord worked through various circumstances to bring Todd on staff in early 2015 as the outdoor maintenance man. One year later, Todd assumed the oversight of the Children’s Ministries and is currently serving as the Administrative Pastor.

© Copyright 2022 Grace Baptist Church. All rights reserved. | Made by Jetpack