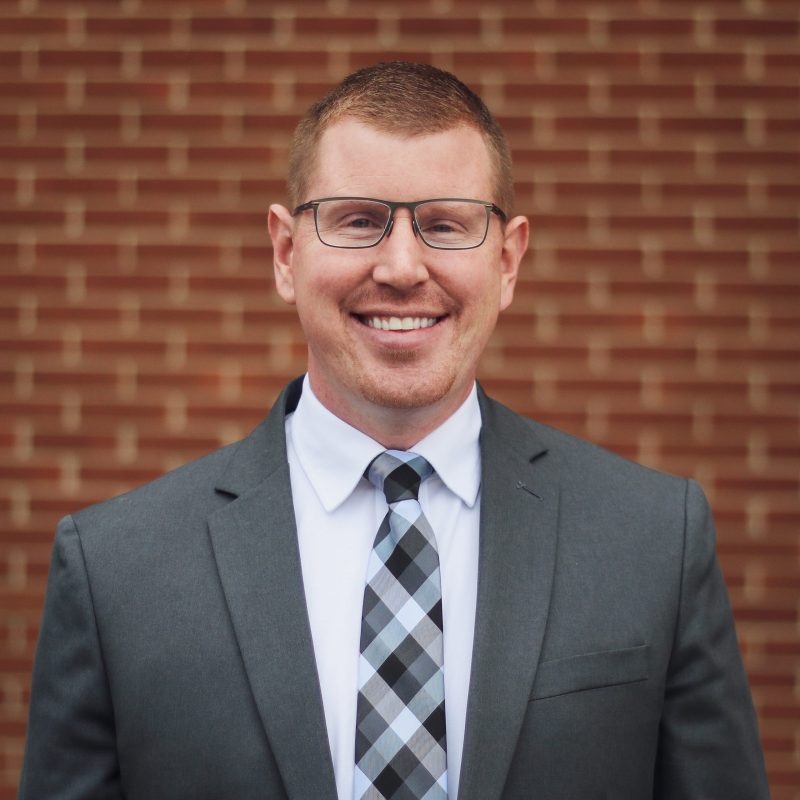 Brian Williams was born and raised in a suburb of Cincinnati, Ohio.  It wasn’t until he was eight years old that he heard the Gospel.  His mother accepted Jesus Christ as her personal Savior when he was eight, and that is when Brian became more curious about the things of the Lord.  A few years later his mother remarried, and they began to attend a Baptist church in Fairfield Township.  It was there that the Lord ministered to his heart through the teaching of God’s Word.  At the age of twelve, Brian repented of sin and believed upon Jesus Christ as his Savior.

Since that time, Brian has dedicated his life to the Lord’s service.  The Lord prepared Brian for ministry through degrees from both The Crown College and Liberty University.  It was after college that Brian met his wife, Jacqueline, while he was employed at Fairfield High School and she was student teaching; the Lord has blessed their marriage with their first child, Cyrus. Brian had the opportunity to teach Bible at Middletown Christian School in the fall of 2011.  In the fall of 2013, Brian entered administration as the Superintendent of Middletown Christian Schools.